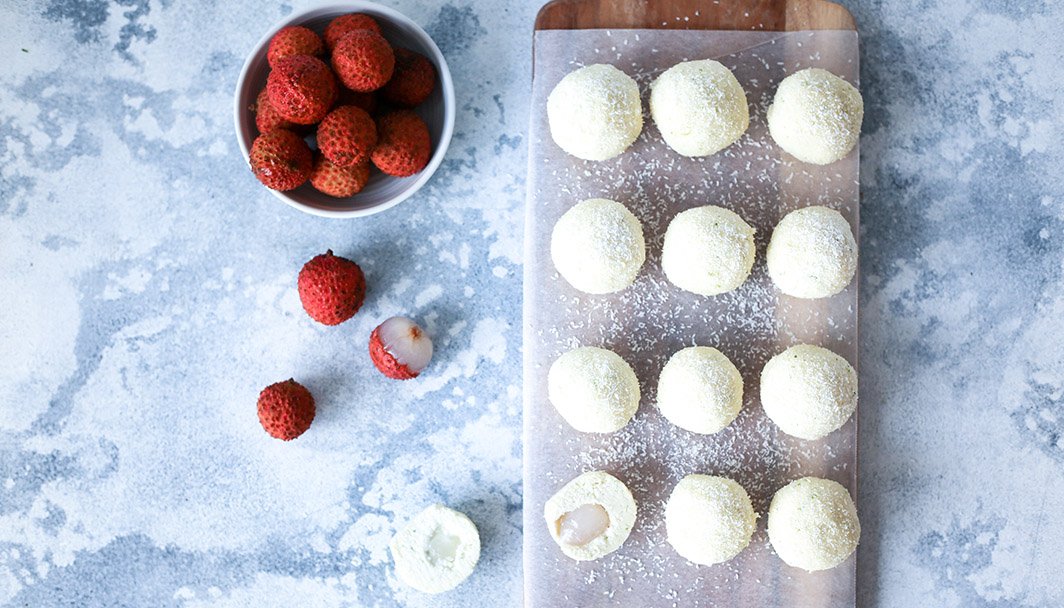 Soft juicy Australian lychees are in season now. And when it’s too early for a lychee cocktail. The best way to enjoy them. My lychee surprise cheesecake balls. They legit taste like a cocktail – think lychee, lime and coconut –  but it’s totally acceptable to eat them before noon. Hooray!

Okay. I know. Lychees. They kind of look like eyeballs. But, don’t be put off. Because fresh lychees are totally awesome and here’s why:

And because I never do anything the hard way. This recipe is EASY. Like 10 minutes of actual cook time.

My advice. Grab some lychees before they go out of season and get rolling. And with Chinese New Year coming up next week, it’s the perfect time to make anything lychee. If you give them a try, I’d love to know what you think. Are you a lychee lover? 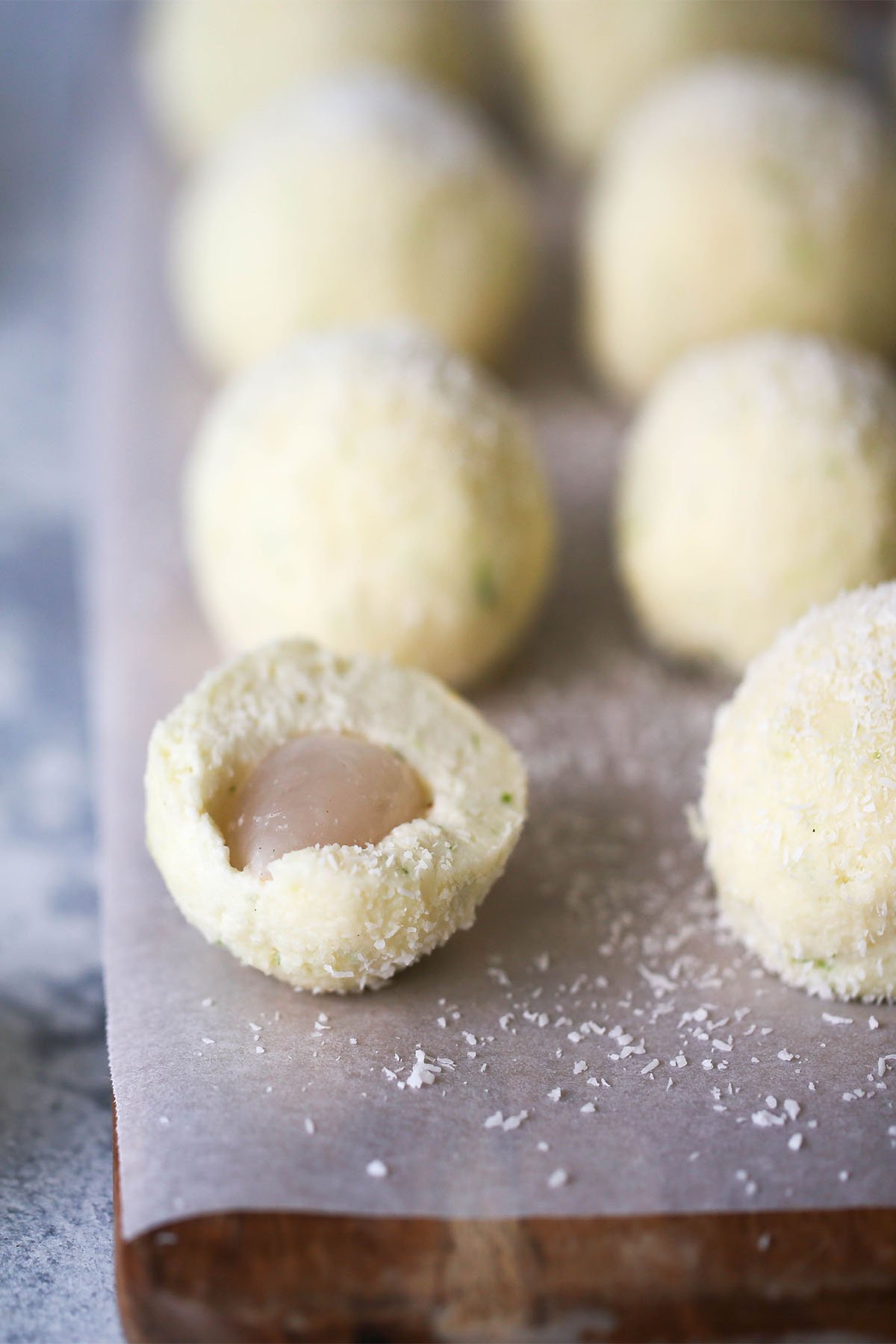 Think lime and coconut cheesecake with a fresh, sweet burst of lychee inside. Say hello to the ultimate summer snack.